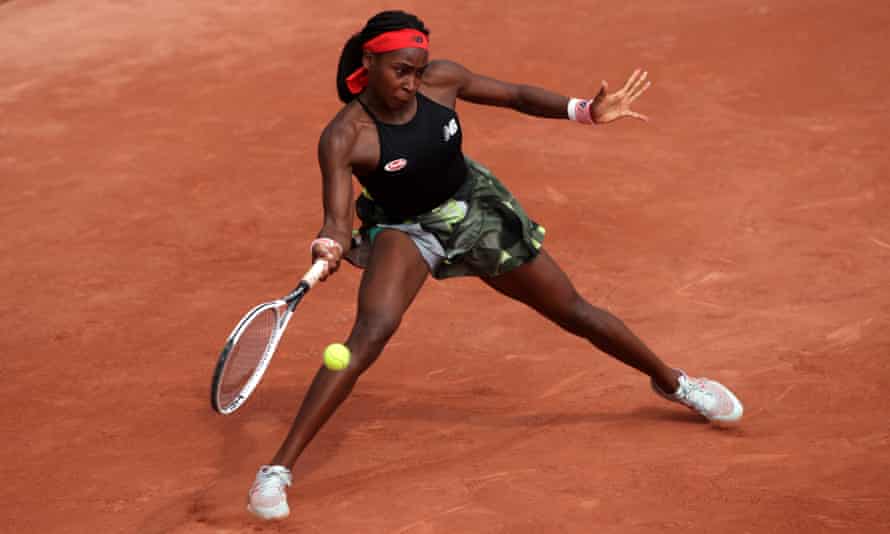 In some quarters tennis style conveys heritage, tradition and perhaps a little stuffiness. But thanks in part to TikTok, a younger generation are finding credibility and cool in its pleats, regardless of whether they have ever picked up a racket or plan to watch Wimbledon when it starts on Monday.

The trend has been popular on the social media network for months, where people are teaming traditional tennis skirts that wouldn’t have looked out of place on Billie Jean King with Nirvana hoodies and crop tops. This abundance of TikTokers wearing court-friendly outfits – not just skirts but also Venus Williams-approved skorts and polo shirts – has led to the rise of an aesthetic called tenniscore.

A multitude of brands are producing tennis-inspired clothing, such as Paris-based Casablanca’s retro silk shorts and track tops. On the shopping platform Lyst, demand for tennis skirts has tripled this month compared with a year ago, searches for silk polo shirts have increased 21% and searches for vintage “tennis club” logo sweatshirts have gone up 12%.

The rise in sales has coincided with a new generation of female tennis stars crossing over into fashion. Naomi Osaka, the reigning US and Australian Open champion, appeared on the latest cover of Japan Vogue, having last year appeared on the US version. In January she became a Louis Vuitton ambassador and in May launched a swimwear collaboration with Frankies Bikinis.

Meanwhile, 17-year-old Coco Gauff recently featured in the campaign for New Balance and Casablanca’s latest designs. Both players’ Instagrams feel as much like the feeds of an influencer as a top athlete, complete with mirror selfies and fashion ads.

These players, says Anne White, a former professional tennis player and now a coach in Los Angeles, are “able to cross-market that and also express themselves. And because tennis isn’t quite as traditional as it used to be, people are able to incorporate a lot more colour and creative ideas. It makes it exciting and certainly draws more attention to the players and intrigues the fans as well.”

White has an interesting perspective on tennis style, having worn a white catsuit to play at Wimbledon in 1985 and been told in no uncertain terms not to wear it again. While primarily her sartorial choice was, she says, about function, she was also “a maverick, I was 24 and I wanted to wake up the establishment a little bit.”

How does she feel about tennis’s current fashion-forwardness? “I think the TikTokers think it’s kind of retro-cool,” she says. Plus, “if you look at the overall scope of what’s going on in the world, we went from Casual Fridays to basically everybody working at home.