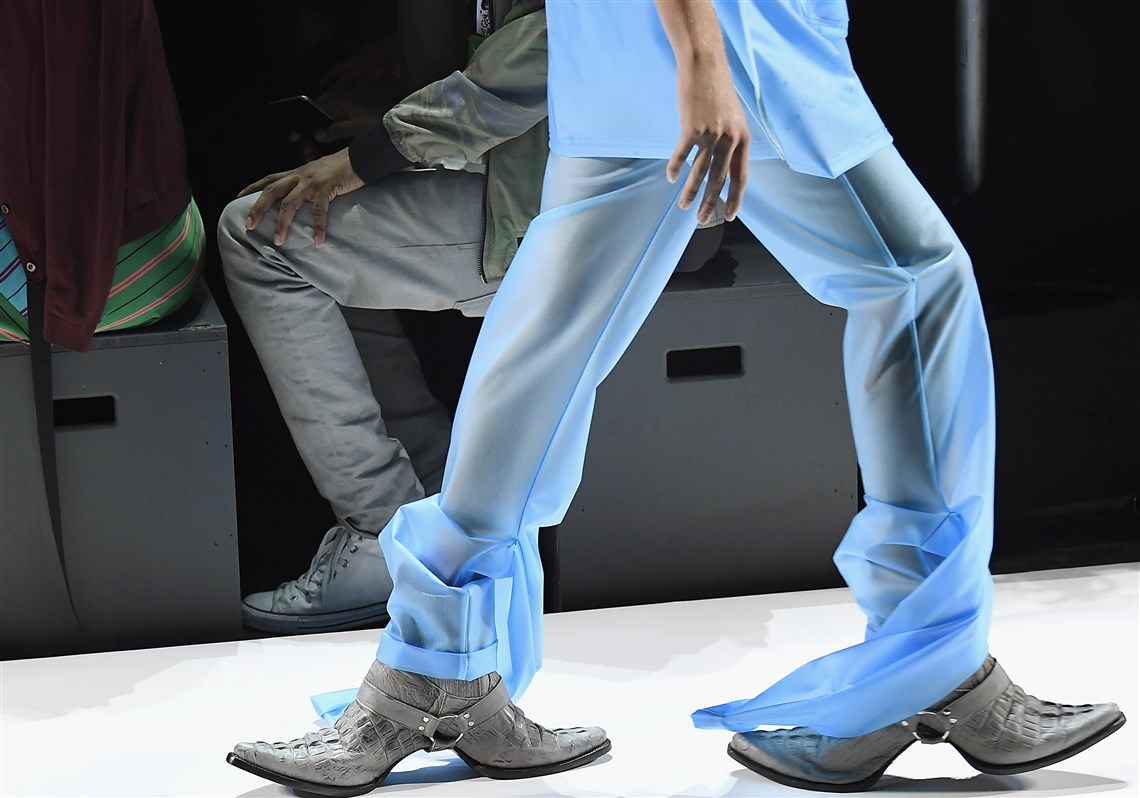 The bath towel v the bathrobe

It was a terrible year for famous men and bathrobes, but a great year for women and towels. Bath wear – or bath-leisure as one magazine called it – became a gendered battleground. With Rihanna in an Emilio Pucci head-towel on Paris Vogue’s cover and Rita Ora in Palomo Spain bath wear at the MTV Europe Music awards, women and towels tipped it away from the alleged bathrobe misdeeds of Harvey Weinstein, Dustin Hoffman and others.

When the Heras T-shirt, designed and sold by London bootleg streetwear company Sports Banger, appeared online, it took a fair amount of Googling to reveal that it was the logo of a Doncaster-based company that makes the temporary fences seen at festivals. Sports Banger’s Jon Wright designed it because he was feeling nostalgic for his youth.

It is testament to the creativity of fashion that, in 2017, few could resist the expensive, ugly trainer. The best – and ugliest – were the Balenciaga Triple S trainers. Their appeal proved that fashion likes irony; by wearing them, you got the joke. Plus, in a sickly economy, there’s a certain visual diplomacy that comes with wearing a pair of £595 trainers that look cheap and crap.

Our PM took her look in a new direction, with the almost permanent appearance of her “strong and stable necklace”. Essentially a massive silver chain designed to offset a boring outfit, it appeared whenever she was due to discuss the EU, quickly becoming as stale as the catchphrase.

Ivanka’s attempt to reclaim feminism hit a low point when she wore mismatched Marni earrings to a state dinner. This could have been stellar optics, were the fashion industry her target rather than the world. The result was simply to prove that she had read Vogue closely enough to heed its advice on how to wear earrings, but not closely enough to read its unanimously negative coverage of her father’s politics.

If Jeremy Corbyn’s silver shell suit caused hysteria in 2016, there was little hope that the fashions of 2017 could resist him. And so, it proved as he ended up as the face of the British bootleg industry, appearing on all sorts of DIY T-shirts. The best was probably the Corbyn Nike one (now in the V&A), a mash up that replaced the “Just do it” slogan with the Labour leader’s name. And worked as a pun on “Corbynite/Nike”. Sort of. Not.